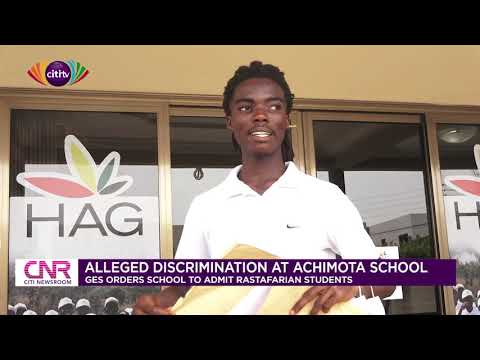 Decision: Education for all children in Ghana, regardless of their appearance or beliefs.

Target Group: Children with different beliefs or a different appearance.

Two rustafarian students were denied admission to the Achimota school in Accra, Ghana because their hairstyle did not meet the dress code. The two students had been allocated places at the school through the Computerized School Selection and Placement System, but because they refused to cut their dreadlocks, were told that they would not be allowed to attend the school.

When their appeals to the school failed, they approached the Human Rights Court. The Accra High Court ruled on Monday, 31 May 2021 that the decision to exclude the boys from schooling was discriminatory and ordered the school to process their admission.[1]

A GoFundMe campaign was launched to help fund the legal fees.

Are Outcomes Being Met:

Both students have since completed the admissions process and started at the school[2] , however the school’s governing board maintains that it will appeal the judgment of the High Court.[3]

The Department of Education is also aware of the landmark ruling and has indicated that it is drawing up a program to deal with similar issues.